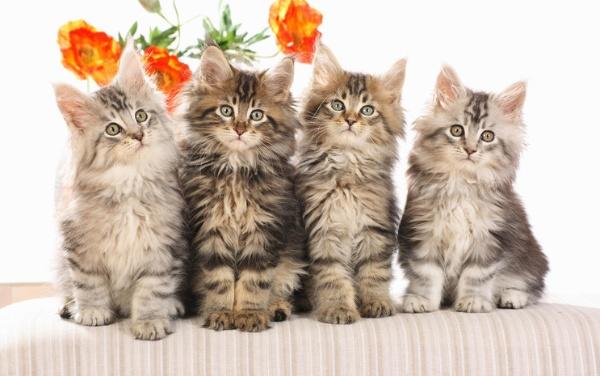 Now owning a cat is a trend, someones said the owing cat is a disease. Tell peoples to cherish life and stay away from cats.

But science proved Top 10 benefits of owning a cat for a cat owner, that help cat owners have a long life, besides shoveling shit and clean litter boxes.

Even the other families, who disagree with owning a cat will also accept even loved the cats when touched by the cute and lovely kitty baby. Let’s share the cat’s top 10 benefits of owning a cat.

1. Owning a cat can help people have better sleep.

One of the British studies shows women prefer to sleeping with cats rather than people, according to a 2015 Mayo clinic study in the United States, about 41% percent of people will fall asleep faster than normal, while nearly 21% percent of people get disturbed by their pets.

２. Owning a cat is green for the earth

Actually, not only cat but also other pets can help people heal the pain. Experienced people know that the pain of losing important people are extremely painful. Cats can help people through the sad moments, the reason is that – they are just cats, people tell them their feelings in the heart, no response and also no critical, most times just saying can help people have a bit better mood. Many people take the cat as families, help them enjoy a better life.

In a 2010 survey of pet owners conducted by the University of Bristol in the UK, Number of cat owners that were graduated from college is more than dog owners. In 2014, the University of Wisconsin conducted an intelligence test on 600 people, and cat owners were also smarter than dog owners. That’s not to say owning a cat makes people smarter. It just shows smart people are usually busy, so the busier you are, the more likely you will choose an independent cat as a companion animal.

Before finding a girlfriend, gentlemen come on to owning a cat as a companion animal and learn how to take care and love it

６. Reduce the risk of allergies in children

A 2002 study found that babies have a smaller risk to suffer asthma, hay fever or other allergies if exposed more to cats or pets before their one-year-old time.

The kids can develop their resistance when exposed to the allergen from an early age. No need to be too worried about the cats affecting the kids’ health, just have a try. You will enjoy the nice life and get good photos when babies and cats are our families together.

The University of Minnesota followed about 4,000 people for 10 years and found that cat owners were 30% percent less likely to have a heart attack than those who did not have a cat. Heart disease can be linked to environmental stress, so maybe it’s because owning a cat relieves tension

Cats like to play with their human companions. Give us someone to talk to. They open our hearts, keep us laughing.

These all help people have a good mood and also good health.

８. Help you communicate with others around you.

We can get a general idea of the person’s personality by knowing which kind pets them own. Dog owners tend to be outgoing and popular, while cat owners tend to be quiet and introverted, but also modest and trustworthy. It’s a good idea to own a pet, and that’s a good medium, show our personality social attributes, help us have more comments share and discuss with our friends.

９. Sometimes they save your life

Although we think cats are not so attentive to their owners like dogs, there are many cats have been known to save people’s life in records.

Such as many cats detect gas deflated and wake up their master. During world war Ⅱ, One cat named Simon was brought on the HMS Amethyst naval vessel in the British navy, its responsibility is catching mice. In 1949, fire attack the vessel strongly, but the injured Simon still responsible to catch mice to protect food. Finally, death by serious injury. It was buried in his own animal cemetery with a gravestone describing his exploits and it won the animal Victoria cross.

10. Replace a loved one or friend

Although we often say dogs are man’s best friends, a 2003 Australian study found that cats are women’s best friends. Having a cat can get satisfying, instead of love.

But another study found that “cat owners are more likely to be single,” meaning they already have much satisfaction as their lovers.

How is your opinion of the above benefits?

After reading the top 10 benefits of owning a cat, we can try to choose a cat as a companion, and we should take care them, visit our pet store and find good products for the cut kitty.

Benefits of owning a dog

How to choose a good cat?